Raleigh, NC — In an outrageous abuse of power, the North Carolina Democratic Party teamed up with Democrat State Attorney General Josh Stein to try and stop the Republican Party from recruiting candidates for public office. The shocking intimidation effort happens just days before the critical candidate filing period comes to a close. The complaint references an alleged phone call made from the NCGOP to recruit candidates for the state House, supposedly received by an anonymous individual.

Attempting to use the full police power of of the state by using its top law enforcement officer, the NCDP is attempting to seize the telephone records of the Republican Party, specifically phone calls made to candidates and potential candidates for public office. NCGOP called the claim “a blatant attack on the free speech and free association rights of North Carolina Republicans.” Party leaders said the move by Democrats was intended to have a “chilling effect on the very activities that are the essence of the Party’s reason for existence.” 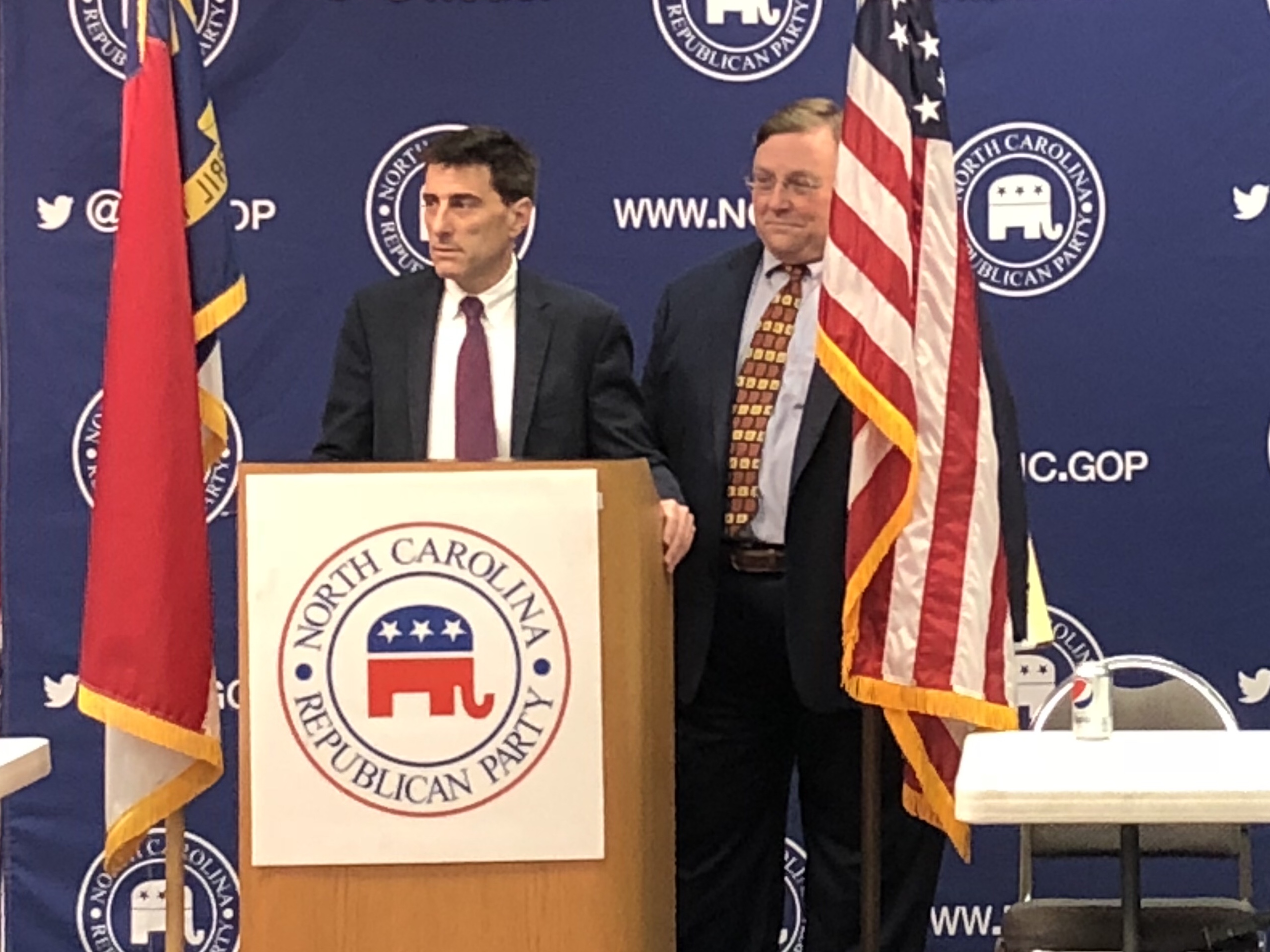 Click HERE to watch the video of the NCGOP press conference.

“I have made hundreds of calls to potential candidates in the last few weeks. It is impossible to know which call the they are referring to without knowing who made the initial complaint. Democrats are asking us a question, knowing fully well that they haven’t given us enough information to answer it. They are attempting to use the full weight of police powers of the North Carolina Department of Justice to intimidate their rival political party, the Republican Party, from making calls to voters and asking them to run for office. This is a basic aspect of Party operation, and to seize the telephone records of the Republican Party is attempt to once again throw chaos into our election process.” – Dallas Woodhouse, NCGOP Executive Director

“This is a shocking complaint which constitutes a fundamental misuse of the statute alleged and effort to chill candidates into not filing for elected office, as well as trying to impose remedies that are clearly unavailable in the statute. Because the facts stated do not satisfy the requirement of the statute, the Attorney General should have rejected it. He should have seen for what it is– an attempt to chill constitutional protected political speech. Political speech and recruitment of candidates to run for political office is at the very core of the First Amendment. The overreaction by the Democratic Party in both the complaint and relief sought is a severe abuse of process, one that the Attorney General’s office participated in.” – Tom Stark, NCGOP General Counsel

The NCGOP is calling on Attorney General Josh Stein to rescind this letter immediately and indicate that his office will stop all candidate recruitment intimidation tactics. As the Governor of our state and the leader of the Democratic Party, Governor Cooper also needs to make clear that he supports the right of all people, regardless of party, to run for office. The NCGOP is also requesting the Democratic Party issue a letter of apology to voters and potential candidates. This was an egregious violation of rights and the appropriate steps must be followed to make up for it.